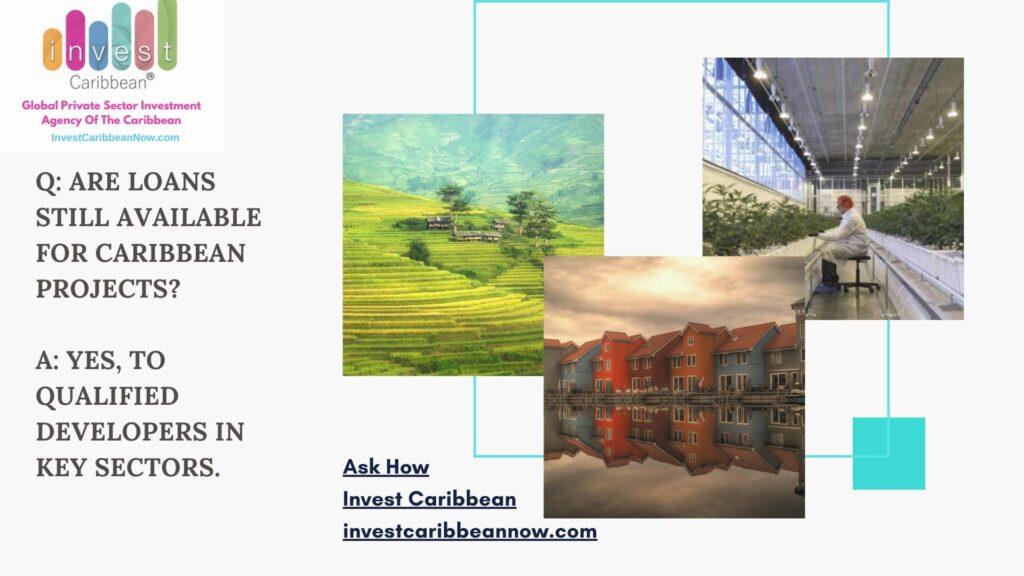 New Business Method – A restaurant hostess checks a customer’s temperature with a digital thermometer at the entrance of a restaurant in Old San Juan on July 20, 2020. (Photo by RICARDO ARDUENGO / AFP via Getty Images)

News Americas, NEW YORK, NY, Fri July 24, 2020: Here are some of the top economic and financial news that hit the headlines in the Caribbean this week.

Only two Caribbean countries are listed in the Heritage Foundation’s Top 50 Index of Economic Freedom for 2020. The two are Jamaica and St. Lucia. Both recorded a slight decrease compared to the previous year to 49th and 50th place respectively, which means that they are moderately free economies.

Meanwhile, Trinidad and Tobago, Belize, and Guyana were ranked 10th, 111th, and 124th, meaning they are largely unfree economies, while Suriname was suppressed at 163rd out of a total of 171 globally.

In the meantime, Royal Caribbean Cruises Ltd. RCL sees a sharp drop in bottom line when it releases results for Q2 2020. In the last quarter of the report, the company achieved a negative earnings surprise of 82.7%.

And the UAE and China are stepping in to help the Caribbean in its fight against COVID-19.

The United Arab Emirates sent an aid aircraft this week with 12.5 tons of medical supplies and 500,000 rapid test kits to 14 Caribbean island states, including: Antigua and Barbuda, Bahamas, Barbados, Belize, Dominica, Grenada, Guyana, Jamaica, St. Kitts and Nevis, St. Lucia, St. Vincent and the Grenadines, Suriname and Trinidad and Tobago as well as the British overseas territory of Montserrat in cooperation with Barbados as a distribution center and via the Caribbean Disaster Emergency Management Agency.

The aid will help approximately 12,500 health professionals and others stop the spread of COVID-19.

In the meantime, China has agreed to step up cooperation in the prevention and control of COVID-19 in the Caribbean and Latin America. Chinese State Councilor and Foreign Minister Wang Yi said Thursday the sides had agreed to defend multilateralism, support the United Nations and the World Health Organization, and the free trade system. Wang spoke at a special video conference between the foreign ministers of China and the Caribbean and Latin American countries.

To help Caribbean exporters increase their product sales online, Caribbean Export will partner with an online cooking show to feature recipes using locally sourced produce prepared by a Caribbean chef and social media influencer . This is an opportunity to use and showcase your products, including advertising where your product can be bought. Apply to the Expression of Interest before July 30th to take this into account.

After Bermuda, the next four most expensive places are Switzerland, Norway, Iceland and Japan. The Bahamas is No. 8 and Barbados is No. 11.

Numbeo compiled the table based on cost versus New York City, with the Big Apple serving as the “100” baseline on the scale. Bermuda’s cost of living index is 147.77, which means it is 47 percent more expensive than New York.

St. Vincent and the Grneadines

Sandals has signed a deal with the government of St. Vincent and the Grenadines to acquire Buccament Bay Resort, which closed in December 2016 after months of financial problems.

Sandals Resort International Vice Chairman Adam Stewart and Prime Minister Ralph Gonsalves signed the contract at the resort on the southwest coast of the island on Wednesday.

Stewart said the new company will be operated by Sandals under the Beaches Resort brand, which is aimed at families and will have between 330 and 350 suites with one to five bedrooms.

Suriname’s newly elected parliament Chandrikapersad Santokhi says he inherited a ruined economy in the South American nation of around 600,000 people.

“We are on the verge of a financial precipice,” said Santokhi on Monday. “There are concerns. The treasury is practically empty. This crisis exceeds any worst-case scenario we have considered. We have to face the crisis together. We have no time to lose. “

The new ruling coalition has said it must determine what the country owes its creditors, and analysts say it may need to work out a debt restructuring plan with the International Monetary Fund – something that could and may require an unpopular fuel and water leak Electricity subsidies.

As the election drama drags on in Guyana, the Bank of Guyana (BoG) announced that the country’s capital receipts from sources that included grants and debt relief plunged over 90 percent of political uncertainty in the first quarter of this year and after the March 2nd elections.

While the report does not identify the reason for the slowdown in grants from other countries and organizations, it does fall within the period of the election campaign and the efforts of the Guyana Electoral Commission (GECOM) to prepare for general and regional elections.

The National Gas Company (NGC) and energy giant BHP have finalized negotiations for a gas sales contract for Ruby Field off the east coast of Trinidad. When production goes live, the country’s oil production is expected to increase by nearly 16,000 barrels per day (bpd). The Ruby oil and gas field is located in Block 3 (a) off the east coast of Trinidad and is expected to be operational in the fourth quarter of 2021. BHP operates the block with NGC through its subsidiary NGC E & P (Netherlands) BV and Heritage Petroleum Company Limited as partners. The project was approved by BHP in August 2019.

Alpha Music Institute (Alpha), formerly Alpha Boys School, has launched a campaign to raise financial support for its music program that helps young at-risk boys in Jamaica. The campaign is run with the support of the Jamaica Social Stock Exchange (JSSE) and will end with Alpha listing on the JSSE.

Alpha’s mission aims to enable young people to empower and transform themselves through education and training. Most students live in inner-city communities where social conditions are very difficult. The training program at Alpha is designed to enable holistic development and career development in a variety of related employment areas with a particular focus on music.

The campaign is coordinated by Jamaica’s consulates in New York and Philadelphia, with Jamaica’s Honorary Consul in Philadelphia acting as the point of contact.

Small business owners in need of assistance due to the effects of the Coronavirus (COVID-19) have another option to apply for federal funding from the Paycheck Protection Program (PPP) offered by the US Small Business Administration (US-SBA).

Representatives from the US SBA, the Virgin Islands Small Business Development Center (VI SBDC), and the Virgin Islands Economic Development Agency (VIEDA) are encouraging small business owners to use this second option to apply for the PPP. The deadline for the extended PPP application period ends on August 8, 2020. Small business owners can only apply for the PPP once for each company.

Is medical faculty cheaper within the Caribbean?

staff - July 13, 2021
0
BAHAMAS The Inter-American Development Bank (IDB) said it has approved $ 40 million to strengthen the health system in the Bahamas, with a focus...

Royal Caribbean will sail from US as early as subsequent month: Fain

staff - August 11, 2021
0
"We can now say with great confidence that ships of the Royal Caribbean Group will be operating from US ports as early as...