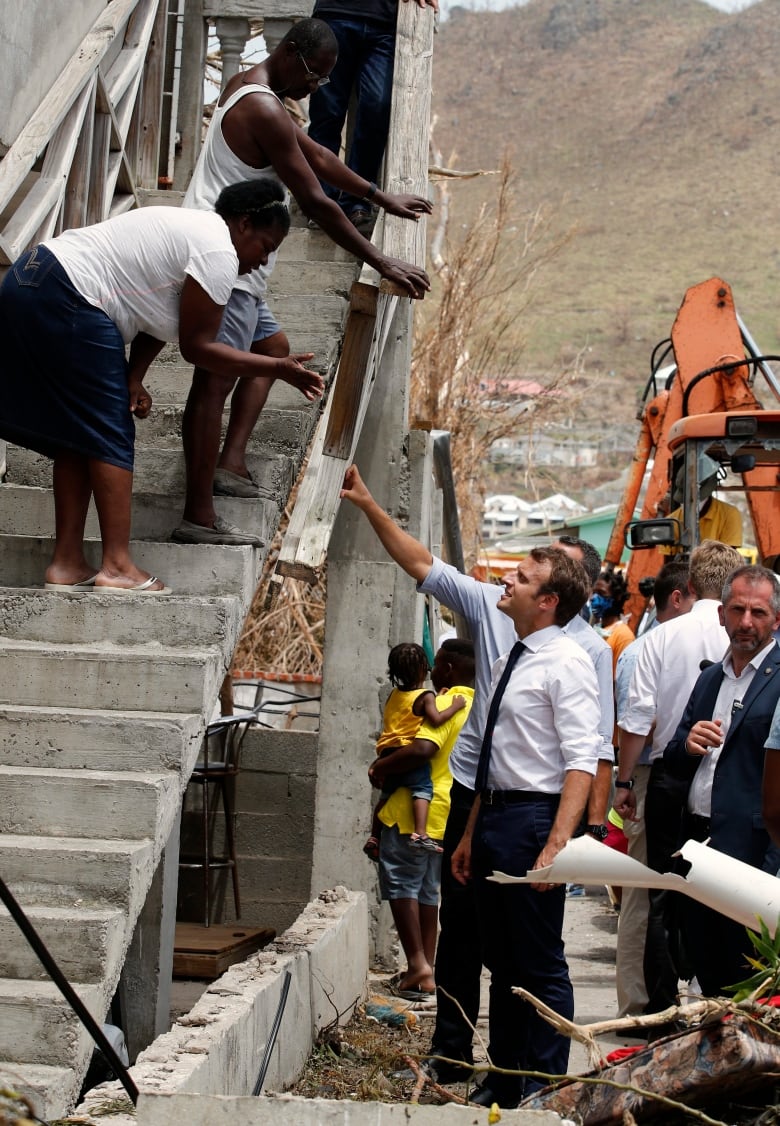 Stranded Canadian students eventually got the news they had hoped for Monday, announcing that the Canadian government would send a WestJet plane to evacuate Canadians from St. Maarten, the tiny Dutch-French island nation in the Caribbean .

About 30 Canadian students attending the medical school of the American University of the Caribbean in St. Maarten had fled to a classroom for almost a week after Hurricane Irma devastated the island.

About 30 Canadians attending medical school at the American University of the Caribbean were housed in a classroom for a week after Hurricane Irma. (AUC)

Some members of the group used social media to seek help and criticize the Canadian government for its slow response.

“We are literally the last,” said an unidentified Canadian student in a video posted on Facebook. “People from Venezuela – a communist country – got their people out.

“But SFU professor and health researcher Valorie Crooks says her plight raises many questions about ethics, privilege and responsibility the Canadian government owes to those who choose to study in the Caribbean.”

“This is part of the controversy surrounding these schools: can these really small island nations with limited resources – sometimes so limited that they find it difficult to feed their own citizens – house these medical schools?”

According to Crooks, there are up to 70 medical schools in the Caribbean, as well as hundreds of medical clinics, competing for Canadian customers.

French President Emmanuel Macron is on the Franco-Dutch island of St. Martin, where 10 people were killed on the French side and four on the Dutch side. (Christophe Ena / The Associated Press)

She said the two types of businesses are attracted to low regulatory barriers that make it easier to set up and run.

However, a lack of regulation is often associated with a low level of security infrastructure and resources.

Wei Wu, whose husband Bo Peng is a permanent resident of Canada who is completing his freshman year of the American University of Caribbean Medical School, announced that Global Affairs Canada has refused to put Peng on the evacuation list because he is not a Canadian citizen be.

Wu told CBC News that Peng’s treatment was not fair because the couple worked and paid taxes in Canada.

“These students feel that the government is not doing enough for them, but who is the government responsible for in this situation?” asked Crooks, pointing out that Canada provides generous development and medical assistance to many Caribbean nations.

“The students made use of their sales law as consumers [medical school] Services abroad. Are they more entitled to a better or faster response than the people the Canadian government is already committed to helping? “

The problem with “offshoring”

A specialist in “untracked, untracked, and unregulated mobility” between Canada and the Caribbean, Crooks says the negative and often costly effects of offshore medical companies only come to the fore when things go wrong.

“In this case, it’s a hurricane, but on medical tourism terms, we hear about it when someone comes back with medical complications,” she said. “We need to think about this impact on these offshoring sectors.”

Most of the medical school in the Caribbean is headquartered in Canada or the United States, according to Crooks.

“Should [the students] are you asking the Canadian government to help you as Canadian citizens? Or should they call those who run the schools and benefit financially from them? “

Westjet Airlines is located at Sint Maarten Airport (SXM). The flight starts at around 5 p.m. 1/2

In the end, the Canadian students were evacuated thanks to Global Affairs Canada.

On Monday evening, the American Medical University of the Caribbean announced that it had managed to get another 100 students and faculty off the island for a charter flight.

With files from Roshini Nair

staff - January 19, 2021
0
As the author notes, international medical schools are helping to meet the need. For example, nearly 60 percent of our sister institutions'...

staff - June 2, 2021
0
6th min readPhoto courtesy of Judge Karen Gopee “Realizing your dreams and making a difference in this world should be available to women...

staff - February 15, 2021
0
If you re interested in learning more about the field of Otorhinolaryngology, more commonly referred to as Otolaryngology, then you Podcast people may really...

staff - January 14, 2021
0
The conversationThe Confederate flag that the rioters waved in the U.S. Capitol has long been a symbol of the white uprisingA historic first:...

staff - February 9, 2021
0
The Caribbean is not just a fantastic vacation destination. It is also making advances in education. It is home to many...
© Copyright. All Right Reserved By caribbeanmednews.com