According to Professor Deonte Harris, many of us here in the US are fascinated by black music. But at the same time we tend not to see that it is so. . . Well, black music.

Harris, Professor of International Comparative Studies at Duke, has a newly qualified Ph.D. in ethnomusicology from UCLA. Currently, his research is particularly focused on the practice and influence of Afro-Caribbean music and the diaspora in London.

He chose to do his research in the UK because of the large overseas Caribbean population and because he found that there was not much research devoted to Black Europe. “It is such a rich space to reflect on various historical entanglements that affect the lives and paths of black people,” he said.

These entanglements include the legacies of colonialism, the slave trade, empire, and more. The racialization of such historical processes must be taken into account.

Harris found, for example, that there was a great change in black British music in the 1950s due to anti-black racism in England. Black people were not allowed to socialize in white rooms, so they formed a community in their own way: through sound systems.

This sound system is native to Jamaica and debuted in the UK in the post-war years. A sound system was the organization of black individuals, music and machines, typically in basements and warehouses, to enjoy black music and company. It became a medium through which a black community could form in a racialized nation.

While community education has been positive, Harris explains that much of his research is a highly complex and often daunting commentary on blackness.

Blackness was created as a category by the dominant society: the white community, mostly colonizers. Black music only became a thing through the urge to do black Britons differently; In many ways, black culture only exists as “other” in relation to being white. This raises a question of identity that Harris continues to explore: who has the power to represent himself?

Black music is a crucial foundation for American pop music, especially in the United States. But, like in Britain, it finds its origins in community, folk traditions and struggle. The industrial nature of the US allows this struggle to be commercialized and spread around the world, creating something of a paradox. According to Harris, black people have to come to terms with being “globally recognized and loved, but understanding that people still despise who you are”.

In order to conduct his research, Harris mainly does field research. He spends a lot of time in London, engaging with black communities and listening to live music. His analysis typically includes both tonal and situational elements.

But perhaps the most valuable part of Harris’s fieldwork is the community he finds himself. “Ethnomusicology has been a very transformative experience for me,” he said. “It has helped me establish new global relationships with people – I now consider myself to be at home in different places.” 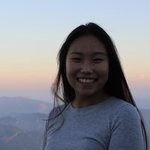 Caribbean Enterprise – This Caribbean Nation’s Greenback Is Slip Sliding Away

staff - April 13, 2021
0
Two people were killed Monday after a stunt went wrong over the Caribbean Sea off the coast of Mexico. Two pilots died...
© Copyright. All Right Reserved By caribbeanmednews.com